By Evan Carroll on October 4, 2009 in Cultural, Featured 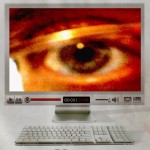 Lately I’ve been consumed with research in pursuit of my masters degree and in that I’m hoping to expand the existing body of academic research to include issues surrounding the digital afterlife. It goes without saying that an understanding of online identity is critical to the study of a digital afterlife.

We’ve discussed several times the value of the past, that desire to know more about those who came before you.  And we’ve postulated that the digital age presents an opportunity for individuals to be known by future generations through their online postings.  Preservation issues aside, this raises the question of identity.  Is an online persona an accurate reflection of and individual?  For our purposes, lets assume that an online persona is the summation of one’s online content, including relationships to others and their content.

danah boyd‘s 2002 thesis from MIT discusses a model of identity that separates the internal and social identities.  To use the analogy provided by Erving Goffman, an individual presents their internal identity as if they were a performer on a stage.  They are influenced by a desire to be perceived in the best possible way depending upon the audience or environment.  There is a difference between the internal and the external or social identity.  The external one is a projection of the internal.  Yet this is only a portion of one’s online identity.

Online, we can examine the reflections that others make to one’s online postings.  These reflections take the form of comments, links and replies. These play an almost equal part in interpreting identity.  They can tell us if others agree with the projections that an individual makes, we can also make inferences about identity based upon the identities of those with whom they interact.

Gary Marchionini, one of my professors, provided the information science community with a new notion of information, the  proflection of self online.  The term, proflection, combines both the projections of an individual and the reflection that others make upon it.

All of this said, let’s go back to our core question.  Are online personas an accurate reflection of an individual’s identity?  There’s no real cut-and-dry answer, but the online persona is an interesting set of data that shows how an individual wants to be perceived and the reflections made by their social network.

Academics aside, what do you think?  Does your Facebook profile, blog and other profiles present an accurate view of who you are and what you believe?

The Digital Beyond: Problems
Jeremy Toeman on the Importance of Online Assets

Robert Calem at Techlicious wrote a great article titled "What Happens to Your Online Accounts When You Die?" He quotes...