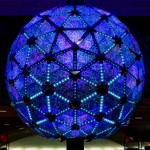 It’s that time of year and there’s one thing that the Internet is not short of–predictions about what will happen in 2010.  And like most others out there, we have an opinion too.  Let’s take a brief look back at 2009.

So what’s next?  In 2010 awareness of digital afterlife issues will increase and the industry will continue to grow at a rapid pace.  Trendwatching.com says that the digital afterlife is a part of an overall trend of “profile myning,” or taking control of your own profiles.  Internet users are increasingly aware of their online identity and are taking steps to control it.

With personal profiles (which are the nucleus of one’s personal brand) representing an ever-greater emotional and financial value, expect a burgeoning market for services that protect, store, and, in case of emergencies/death, arrange handing over of one’s digital estate to trusted others. – trendwatching.com

Standards
There is not yet a best practice for dealing with deceased users’ content.  Practices vary across sites and many sites do not have a standard practice in place.  We expect to see efforts form around standardization, as more attorneys and estate planners gain interest in the subject.

More content
The idea that personal computers should primarily use local storage (aka your hard drive) is becoming a thing of the past.  Flickr is great for photos and Google Docs is starting to perform as well as desktop-based software.  The recent Chrome OS more or less solidifies the fact that the browser is the new operating system.  This trend means more content in the cloud that will require afterlife planning.

Competition
The digital afterlife industry is still very young and there’s no clear leader.  Right now, services can roughly be divided into three categories,  estate planning, posthumous messaging or online memorials. We suspect that like any emerging industry, the competition will heat up and these services will work to differentiate from others.

Increased digital component in funerals
Hong Kong recently turned to online memorials to help deal with the shortage of burial plots.  Funeral homes across the US are using DVD slide shows or other multimedia during services.  With some places replacing graves with online memorials and technology making its way into the funeral home, we expect more to come on this front.  Too bad Eternal Space didn’t hold on longer.

In summary 2010 will be another emerging year, but will be full of exciting developments for the industry.  We’ll be here at The Digital Beyond to keep you informed.

What do you want to happen to your Facebook profile after you die?
Digital afterlife in the Washington Post

5 Responses to Digital afterlife predictions for 2010

What Happens to Your Online Presence When You Die? [Infographic]

Here's a great infographic from WebpageFX that shows what happens to popular online accounts when you die.