We’ve received lots of interest from the funeral profession regarding digital estate planning. It’s a natural fit, but until I talked with Ryan Thogmartin from ConnectingDirectors.com, I wasn’t quite sure how we could help funeral directors. Unfortunate it may be, but it might be too late to secure the digital possessions belonging to their clientele. In our discussion Ryan and I brainstormed ways that funeral professionals could raise digital estate planning issues within their community. Here are a few ideas: 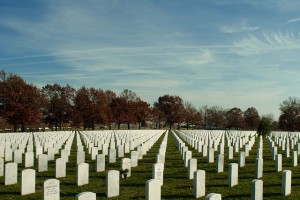 Include information in pre-need planning

Pre-need planning is a great opportunity to talk with individuals about their estate plans digital and otherwise. In fact, according to a Lawyers.com study released in February, 2010 only 35% of Americans report having a will. I’m certain far less have considered their digital possessions.

Funeral homes often prepare tribute videos and other remembrance items that require photos. At this stage funeral professionals could provide advice to family members for how to access the digital files of the deceased. This could be accessing photos stored locally on a computer or on sites like Flickr and Facebook. Of course, this is a bit after-the-fact, but there’s an opportunity to help guide them through finding and securing these assets.

Be an advocate in your community

Funeral professionals are often well connected and respected in their communities. Whether its speaking, writing or simply bringing up the topic when the occasion is right, there’s an opportunity here to raise awareness about this issue amongst those who may not have considered it before.

These are just a few ideas we discussed during our call. If you think of others, please leave them in the comments.

Life experiences
So what *does* happen to your digital assets after you die?

The Business of Digital Death

There has always been money to be made selling the afterlife, and the digital afterlife will be no different. In...