Shortly after Your Digital Afterlife went to press in October my grandmother passed away at 83. I was fortunate to spend much of her final week at her bedside. In the days that followed her passing I experienced digital legacy first hand. So in the spirit of our book, and in her memory, allow me to share those with you. 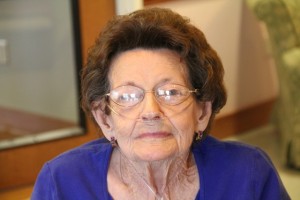 As we were preparing for Grandma’s funeral my Mother stopped by my childhood bedroom, in which I had set up a makeshift office for the week. She said, “Now there’s one person who didn’t have a digital legacy to worry about.” I thought for a moment, suspecting she was correct, but then glanced down at my computer screen and responded, “Have you been on Facebook today?”

It occurred to me that the my wall and those of several family members contained an outpouring of support from friends. Many of the people who never even knew my Grandmother. Facebook was where I had turned the previous evening to tell my friends of the sad news. Their support was unbelievably valuable to me and, at least in some small way, a part of my Grandmother’s legacy. I have to wonder if Facebook posts and emails will someday become the replacement for cards and flowers. I suspect that we’ll have both and that both will be equally as meaningful in the grieving process. I know it was for me.

Later that day we began preparing photos to submit to the funeral home for a tribute slide show. Mom pulled out several boxes of photos and we began to go through them. It was a great trip down memory lane and when it was finished I said “I’ve got more.” I opened up iPhoto and began to look through photos from Grandma’s birthday party, just three weeks earlier, and from countless other family events. My sister looked through Facebook at the same time. We compiled the photos into a new album and I fetched a USB drive that we could put them on and send to the funeral home. I also took a moment to teach my aunt how to email photos from her BlackBerry and she contributed a few. Meanwhile my Mother found a printed photo of my Grandmother and her brothers and sisters and said, “Evan, you took this one.” Not finding it on my MacBook I found a book of old CD-R discs and pulled out one labeled “Backup Spring 2003.” I didn’t find the photo she mentioned, in fact I never did, but I did find several others that we added to the album. As I placed the files on the USB drive, I started to think about how we compiled all of these photos. Some of them came from my hard drive, others from Facebook, CDs and even a mobile phone.

For someone who barely understood what we were doing on “that computer” all of the time, we compiled an impressive set of digital memories. And if it wasn’t for the need to submit photos for this slide show, they may have never come together in one place. I’ve opened that iPhoto album several times since that day and it’s availability to me at all times right here on my laptop is comforting. It’s a place I can go to remember and honor her.

So this post is for you, Grandma. While you didn’t have any digital things of your own, our photos and messages are a very important part of your legacy. We treasure them deeply and I hope that others realize the importance of their digital things through this story.

At the end of Facebook's recent announcement about privacy settings of memorialized profiles and the availability of Look Back videos...