By Evan Carroll on December 19, 2011 in Cultural, Featured 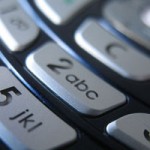 Death used to be the final disconnect from the mortal world, but that’s not quite the case anymore. From the paranormal to the touching, tales abound about technology beyond the grave. Perhaps more telling is what these stories tell us about our changing culture.

John Jacobs, 55, passed away in 2005 following a battle with pancreatic cancer, but he’s not quite out of touch with his family. The New York Post reported in 2008 that Jacobs’ wife continued to pay the 55-dollar Verizon bill keeping his mobile phone service alive and well, with no plans to shut it off.

“As long as someone is still out there who cares, I still care. My kids still care. His friends still care,” Jacobs says. “I don’t think I’ll ever shut it off.”

In an added twist, Jacobs was buried with his cell phone fully charged. Mourners were startled when the first post-mortem call arrived during the burial service. Jacob’s wife, Marian Seltzer, even had Jacobs’ headstone engraved with his phone number. Family and friends continue to leave voice messages for Jacobs, taking comfort in this facsimile of his presence.

Jacobs’ isn’t the only post-mortem account that Verizon managed. Fox News reported about Charles Whlting of Irvington, NY, who kept his wife’s voicemail active since 2005. Whlting, 80, kept the account active so that he could listen to Catherine Whlting’s voice on the outgoing message. In 2008, a change in the voicemail system brought this story to light, as Whlting thought the recording was lost. Whlting blamed Verizon saying, “Now they took her voice away.” Luckily a Verizon contractor was able to locate an archived copy of the recording and restored Catherine Whlting’s voice to the system.

For a dose of the paranormal, a UK-man believes that he’s receiving text messages from his deceased wife, who, like Jacobs, was buried with her mobile telephone.

“She always had a mobile with her,” Jacobs told The Register. ” We buried her with her phone. There have been messages with words Sadie would say but there’s no number.”

Paranormal events aside, Perhaps Seltzer and Whlting were ahead of their time. Products and online services now abound offering new ways to remember loved ones through technology. Traditional monument manufacturer Quiring Monuments launched its Living Headstone product in March. Free for new headstones and 65 dollars for existing ones, customers receive a QR code to place on the headstone and a five-year subscription to a personal Web page, complete with photos and writings in memory of the deceased. An administrator, presumably a family member, manages the Web page. Cemetery visitors with smartphones can read the QR code and visit a memorial Web page to learn more about the deceased.

Another company, Rosetta Stone (not to be confused with the foreign language software), offers NFC-enabled microchips for headstones. Similar to Quiring, Rosetta Stone directs cemetery visitors with NFC-enabled smartphones to a memorial Web page.

While the exact numbers are open for debate, many sources, including The Washington Post, report that the average lifespan of a Web page is 44-75 days. Pages owned by corporations are likely more durable, but the Web is fleeting. The challenge for any of these memorial Web pages or voicemail accounts is a digital death, when they are no longer accessible.

1000Memories.com – Remember a Loved One, Together

The founders of 1000Memories, a San Francisco-based startup currently backed by 2.52 Million in funding, want to make ensure the permanence of online memorials. The service allows users to create “memory pages” for loved ones. Unlike other memorial website companies, 1000Memories has partnered with the Internet Archive to ensure accurate inclusion of its pages in the Wayback Machine. The company also published an overview of its safeguards to ensure the permanence of memory pages.

Considering the rise of specialty websites like 1000Memories and new memorial products, we’re clearly in the middle of a culture shift. Technology, once considered irreverent, is now a welcome component of the grieving process. Perhaps further evidence of this is the deluge of online services offering to help individuals secure their digital legacies by leaving a list of user names and passwords or writing emails for their heirs. A significant part of today’s culture, social networking sites also offer memorial services. Facebook, for example, allows survivors to convert profiles into a memorialized state and Twitter offers families archives of their loved ones’ public tweets.

As we continue to shift toward a completely digital culture, it’s certain that technology will play a greater role in memorials. As Chuck Palahniuk wrote in Diary: “We all die. The goal isn’t to live forever, the goal is to create something that will.” Perhaps our digital memorials will fulfill that goal.

4 Responses to Mourners Turn To Mobile Phones To Remember Deceased

Legal Insight from the Times

The New York Times ran an article on May 20th with some good legal insight into the issues surrounding death...