Today Google released its new Inactive Account Manger allowing users to now specify what should happen to their account data once they stop using Google. This is the first offering from a major service provider to proactively ask users to specify their wishes before death. 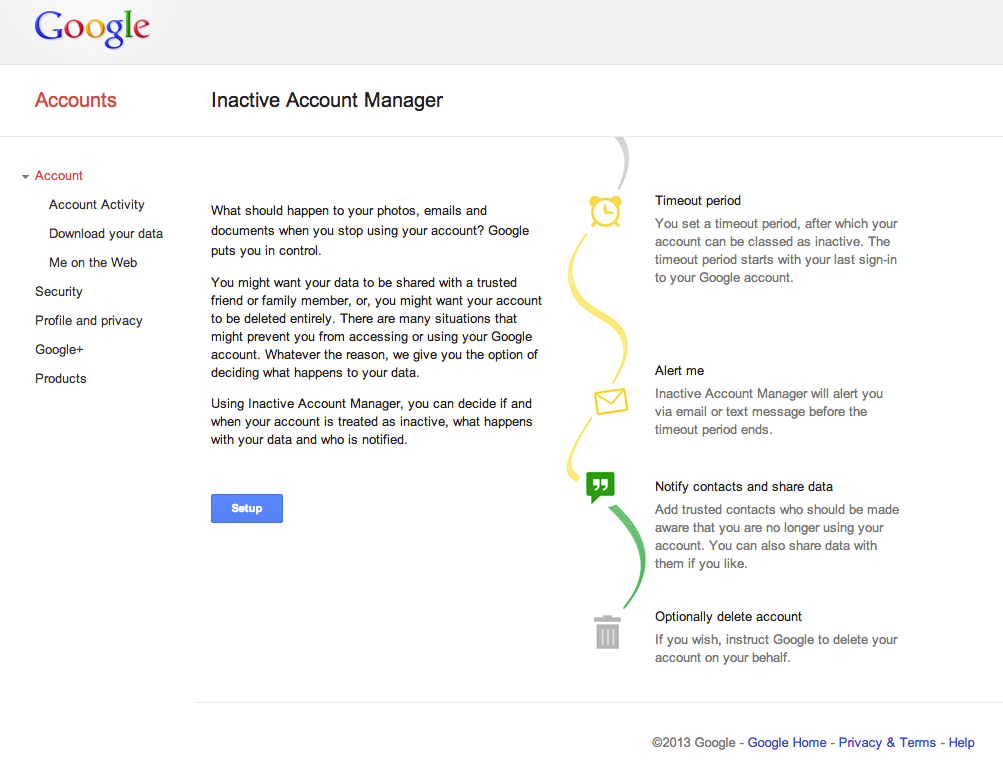 Google’s tool allows you specific control of what happens to the data for each of your Google products. You can specify up to ten contacts to receive a copy of your data once you’re gone and select the specific products they gain access to. For example, you might send your Gmail data to your wife, but choose to send your YouTube data to a business partner. Once notified, your contacts then have three months to download your data. 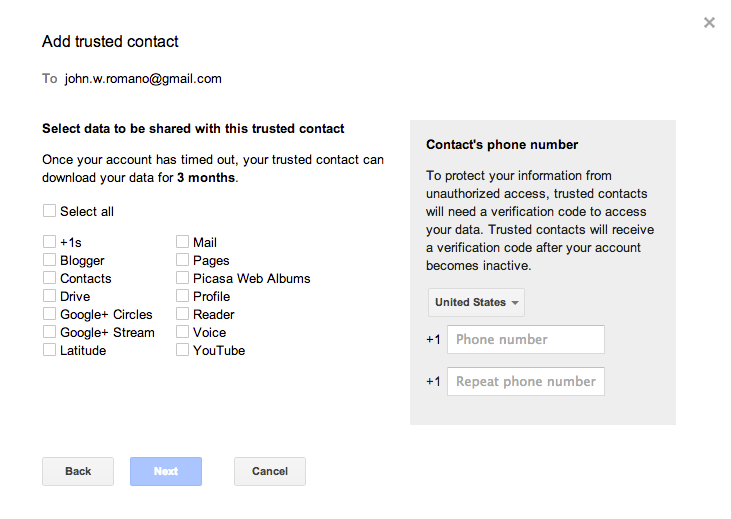 You can also set up an aut0-responder email for incoming Gmail messages or direct that your account be deleted entirely.

This feature rolled out as a part of Google Account Settings and can be used by all Google accounts, except those managed through Google Apps for Business.

Here's a great video from SXSW 2010 featuring our friend, Adele McAlear. Like us here at The Digital Beyond, Adele...