By Evan Carroll on August 1, 2014 in Cultural, Technical 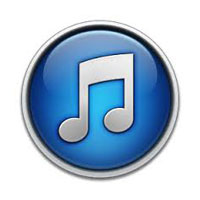 Back in 2012 the media was abuzz with tales of what would happen to an  iTunes accounts when the account holder passed away. The short answer is, you can’t. While you might get around the issue by burning your media to CD, providing your credentials to a loved one or even creating your account in the name of a trust, Apple does not support a way to transfer access to your media. During all of that buzz, I had this to say to WSJ’s MarketWatch:

“I find it hard to imagine a situation where a family would be OK with losing a collection of 10,000 books and songs,” says Evan Carroll, co-author of “Your Digital Afterlife.”

Well, I no longer find it hard to imagine. In fact, I don’t think inheriting digital media is something we’ll worry about long-term.

Purchasing digital media is likely to become a thing of the past.

With the release of Kindle Unlimited, adding to the growing list of subscription-based media services like Amazon Prime, Spotify and Netflix, inheritance for digital media becomes less important. Increasingly consumers are attracted to subscription services to provide access to almost every song, video or book, rather than purchase them individually.

When iTunes first emerged, the idea of a subscription service would have seemed foreign. After decades of purchasing media, paying a monthly fee wouldn’t have resonated with consumers. Moreover, Internet bandwidth of the day made it necessary to download media for offline playback, especially on non-connected devices like iPods, which did not have Wi-Fi or cellular capabilities at the time.

Today the subscription services are poised to take over and with a time-based subscription, there’s nothing to inherit.

5 Responses to Why You Won’t Inherit Digital Media

I have a confession to make. Despite advocating password management applications like LastPass and SecureSafe, I've never been a bona...