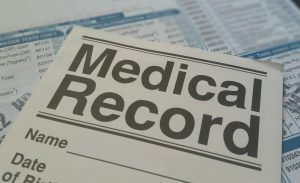 Google may be more accurate at predicting when a patient is going to die than doctors and current hospital warning systems.

Their ‘Medical Brain’ Team is masterfully helping Google break into the health-care sphere. They have begun training their AI system to assess the risk of death in hospital patients by reviewing 175,639 data points present in patient’s electronic medical records. Not only does their system assess current medical records (lab results, vital signs etc.) and dig up information about age, ethnicity, gender…it can also decipher and interpret buried away handwritten notes on charts or information scribbled away on PDFs.

“In general, prior work has focused on a subset of features available in the EHR [Electronic Health Record], rather than on all data available in an EHR, which includes clinical free-text notes, as well as large amounts of structured and semi-structured data.” – Google’s team

One major case study highlighting the (morbid) success of Google’s system involves a woman with metastatic breast cancer. 24 hours after her admission Google gave the woman a 19.9% chance of dying in the hospital, whereas the hospital’s augmented Early Warning Score estimated only a 9.3 chance. Less than two weeks later the woman passed away in the hospital.

As a whole, Google has analyzed 216,221 hospitalizations and 114,003 patients – giving them over 46 billion data points from their electronic health records.

While Google’s algorithm is not perfect, it appears to predict when you will die with up to 95% accuracy (as compared to roughly 85% accuracy from current hospital Early Warning Scores). Less grim than predicting death, Google’s AI can also forecast many other patient outcomes including how long people may stay in the hospital and their odds of readmission. The ability to possibly smooth out the process of entering data and improve how that data is used could cut down human error in medical care and greatly improve patient care.

To read the in depth Bloomberg article on the subject, click here

View all posts by Guest Author →

Today Google released its new Inactive Account Manger allowing users to now specify what should happen to their account data...